After the Christmas break I had a wander along the Liverpool waterfront around Princes Dock.  It’s an area still in transition: changing from the old industrial dock system to being part of a swanky modern new waterfront development. 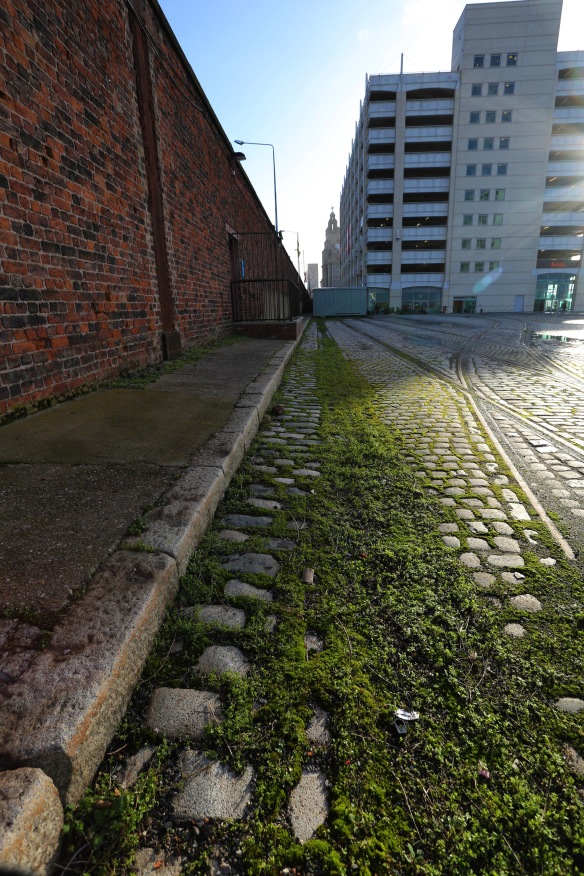 Princes Dock was named after the Prince Regent.  It opened on the day of the Prince Regent’s coronation as George IV in 1821.  The dock was built by John Foster between 1810 and 1821 to an outline design by John Rennie.

Princes Dock was used as a ferry terminal until 1981 when P&O Ferries closed their Liverpool to Belfast service.  Princes Dock then closed to shipping and the dock was partly filled in. 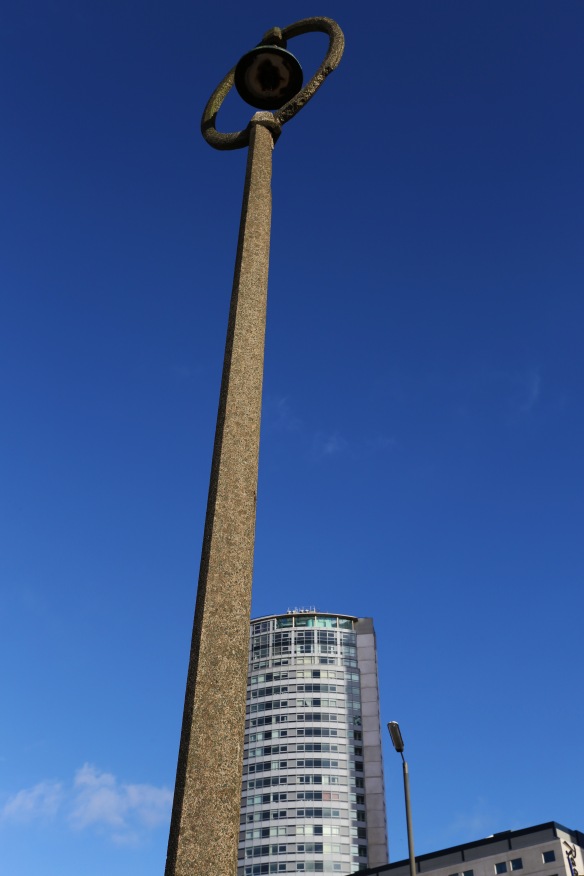 Ocean going ships don’t come into the dock anymore but they do berth on the riverfront as between the Pier Head and Princes Dock sits the Liverpool Cruise Liner Terminal at Princes Parade. 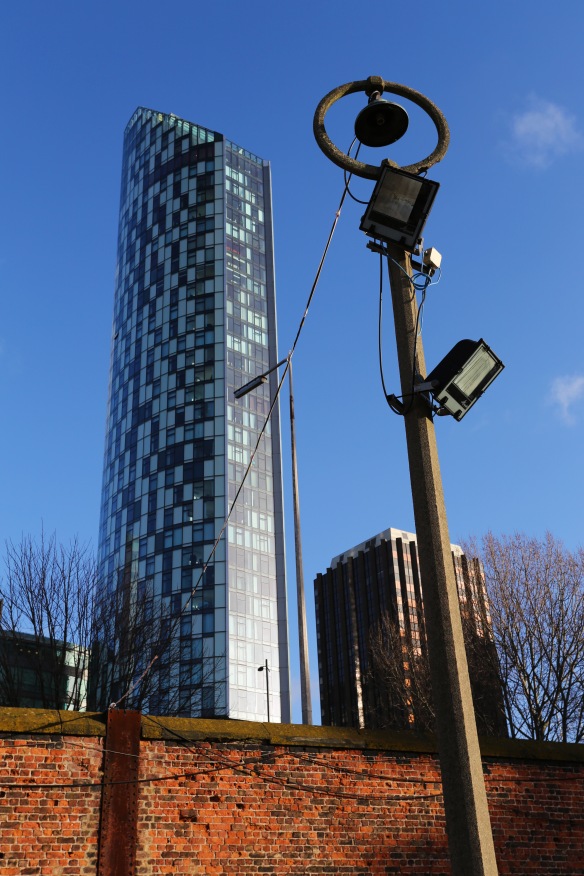 As I wandered around the site, the wharfs and warehouses that used to be here have long gone but some remnants of its industrial past remain: the perimeter wall, the cobbled streets, the old railway lines and a few signs of the previous century.  But a large proportion of the site has been redeveloped with the remainder roughly cleared as a car park.

The dock has been divided into two sections spanned by a pedestrian bridge that was designed by the Liverpool John Moores University Centre for Architectural Research and Consultancy Unit.  In March 2009 a £22 million 1.4 mile extension to the Leeds and Liverpool Canal was built with a new lock and bridge at the northern end of Princes Dock.  At the south end of the dock, a new canal tunnel leads to the Pier Head and then onto Canning Dock and access to open water.

On the front of the dock along Princes Parade and the river front sit three modern office block developments.  At the southern end of the dock are two upmarket hotels: the Malmaison and Crowne Plaza and at the northern end are two high rise residential blocks.  The taller of the two blocks, Alexandra Tower, was completed in 2008 and became the sixth tallest building in Liverpool with 27 floors and 201 apartments, reaching a height of 88 metres or 290 feet. 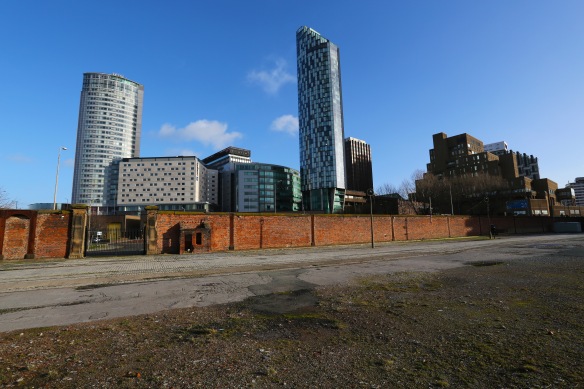 Alexandra Tower is dwarfed by the West Tower, which sits inland across The Strand next to the Liverpool Daily Post and Echo building, standing 140 metres (459 ft), 40 floors high and Liverpool’s tallest building (not including antennas).  The first five floors are offices and the remaining floors, apart from the 34th which is a luxury restaurant, are apartments and penthouses.

The large derelict patch that I wandered across has an uncertain future.  Back in 2006 the site received planning permission for a £130 million ‘New World Square’ development which was to comprise a 25 storey 76m tower including a five-star hotel, 385 apartments and space for shops and restaurants.  But following the financial crash in 2008 the scheme has been placed on hold as far as I can ascertain.