Liverpool’s Brazilica Festival returned for a week-long celebration of Brazilian culture leading up to the main carnival and parade day on Saturday 20 July. 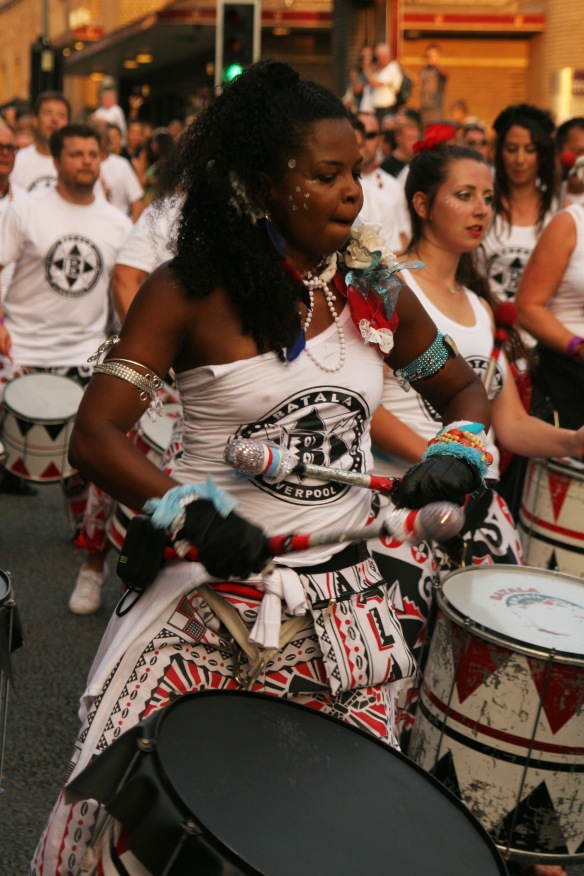 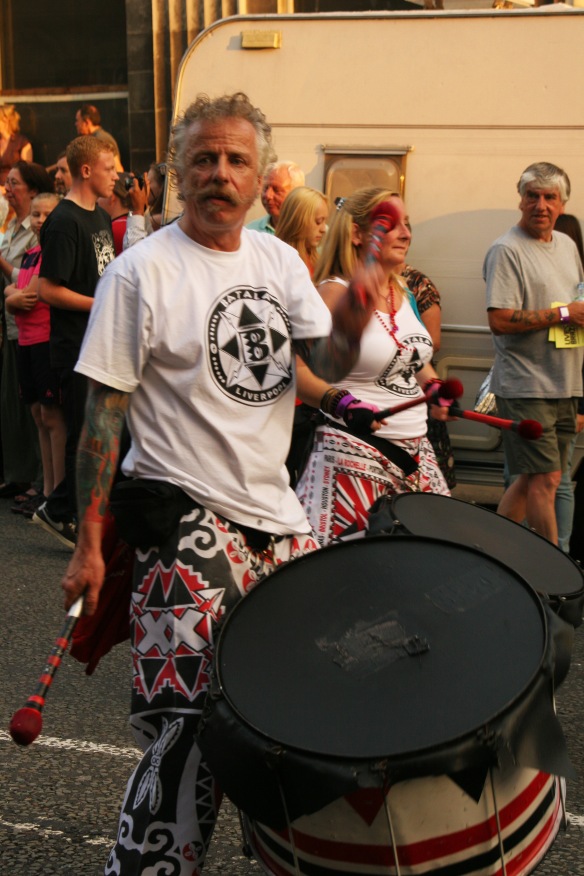 The Brazilica Festival is the largest celebration of Brazilian culture in the United Kingdom.  It  has been held annually in Liverpool since July 2008.

The festival began during Liverpool’s reign as European Capital of Culture in 2008 when a Rio-style Carnival Parade swept through the streets of the city. 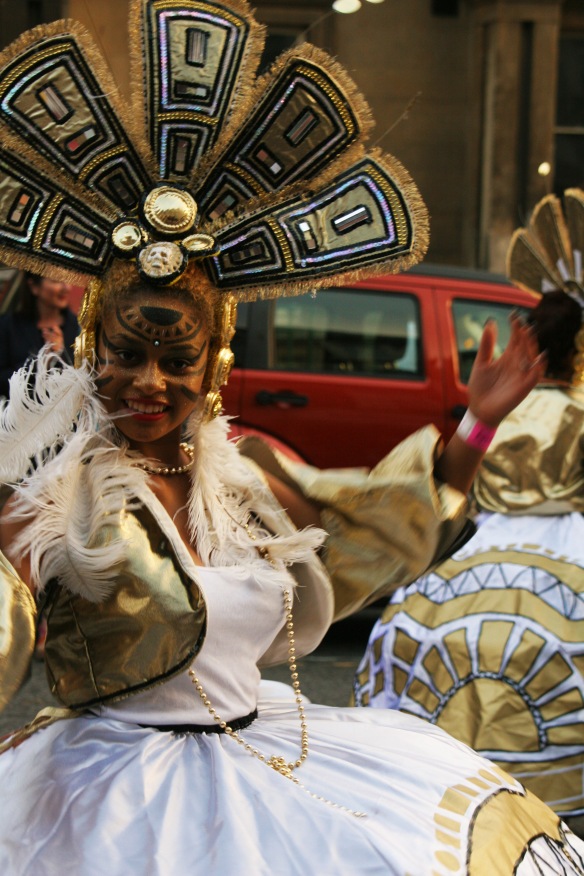 It has developed over the years and this year the festival consisted of a week-long celebration of Brazilian culture including music, art, food, film and dance events that take place at indoor venues across the city which build up to the outdoor city centre carnival street party. 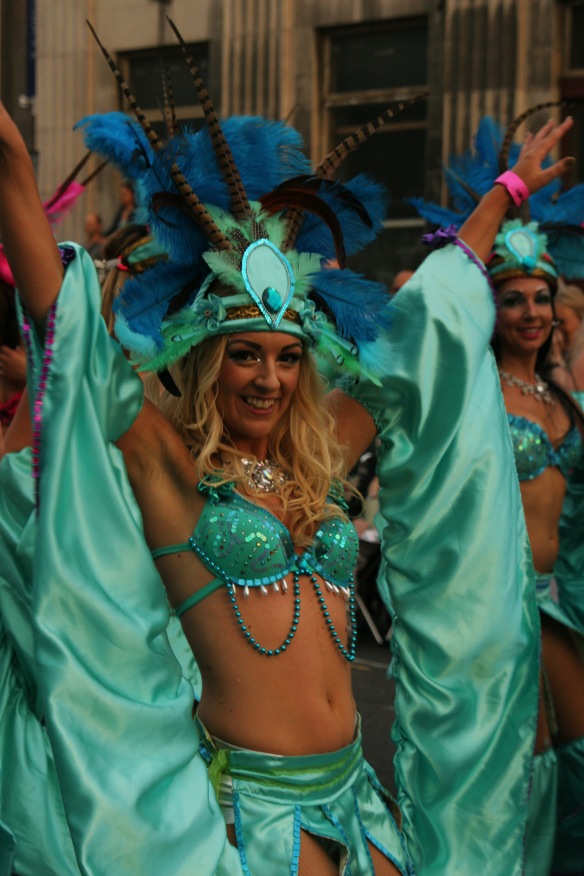 This year the festival was thought to have attracted over 80,000 people to Liverpool city centre.  The festival was situated in Williamson Square where there was a great selection of Latin American food and drink and authentic Brazilian musicians playing on the specially constructed stage throughout the day. 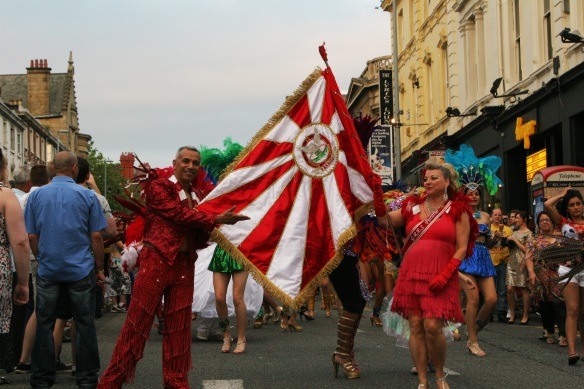 I joined several thousand other spectators to witness the carnival parade which took place on the evening of Saturday July 20.  It included Carnival Queens, Samba bands and drum troops from across Britain as well as from Brazil. 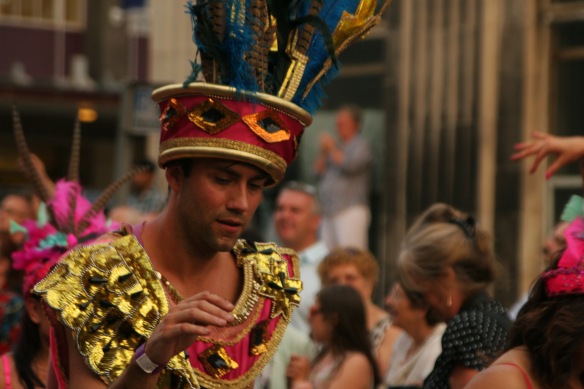 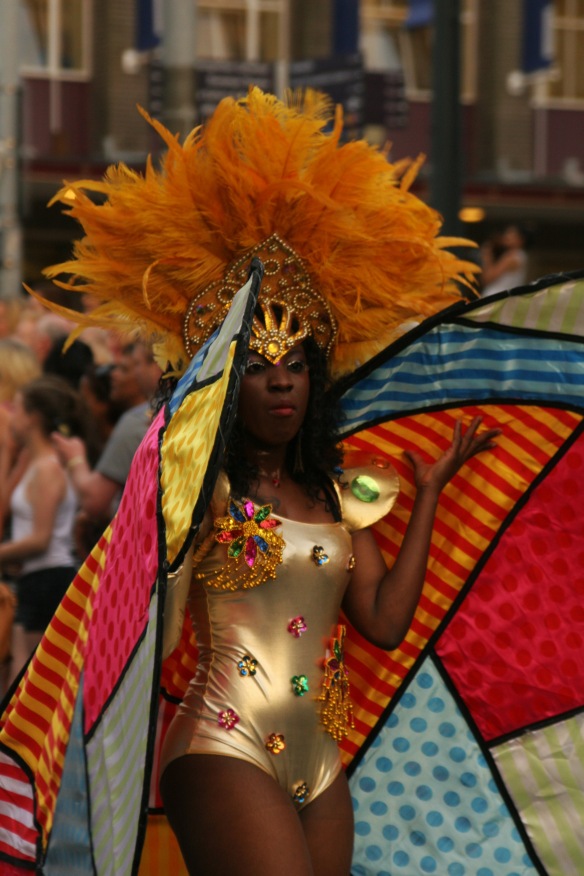 Rhythms of the City (London) 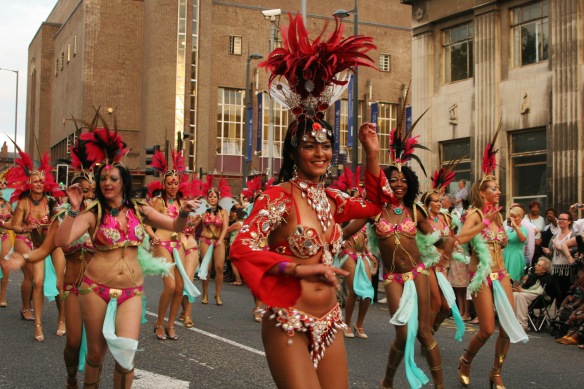 Crowds lined the streets to cheer the dazzling night-time parade as hundreds of performers took part, weaving their way through the city centre’s streets from the University down through the main Church Street shopping street and into Williamson Square.  The various performers were wearing glittering costumes and parading alongside highly decorated floats to the sound of the samba rhythms.

Organiser Simone Reeves took part in the parade despite being eight-and- half months pregnant, the Carnival Queen and lead dancer at Liverpool Samba School joined the parade on a float this year.

It was an amazing spectacle.  I’m looking forward to next year’s event now.