On Saturday night I went down to New Brighton where a lantern parade was taking place around the Marine Lake.  The event called “Out of the Blue – a Winter Celebration of Wirral’s Coastal Treasures” was being held to celebrate the end of Wirral’s Year of Coast and Countryside which I had been unaware of up till now.

There was a large crowd which thronged the parade and some local residents had grandstand views from their flat windows.

The procession started by the sailing centre at the new Marine Point development snaking along the Marine Lake to Fort Perch and then along the promenade where the various strange sea characters moved in and out of the crowd. 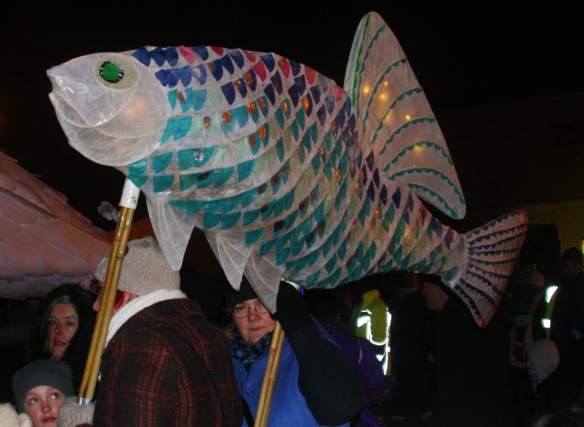 The sea creatures included a giant sea bird, illuminated fish and glowing maritime characters such as bird people and illuminated sea ladies.  The event was accompanied by music which all seemed to be about being a lighthouse keeper, from what I could hear it sounded like a concept album which was played through at least twice. 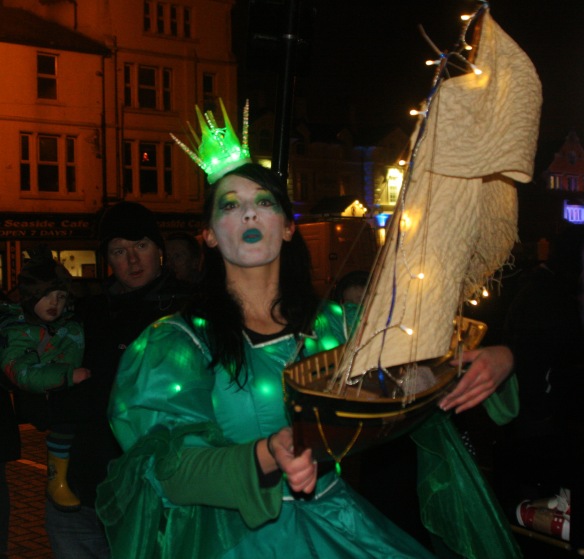 The event was organised using Liverpool 2008 ‘Capital of Culture’ Legacy funding which had to be spent by the end of this year  The Liverpool Lantern Company who were responsible for a Halloween event in Sefton Park in October put on this lantern carnival parade. 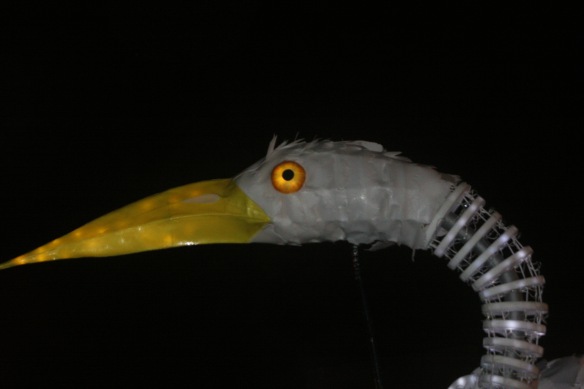 The end of the procession was accompanied by a fireworks display from a pontoon in the middle of the marine lake. 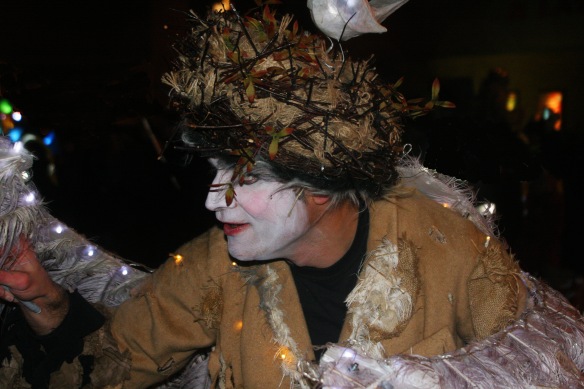 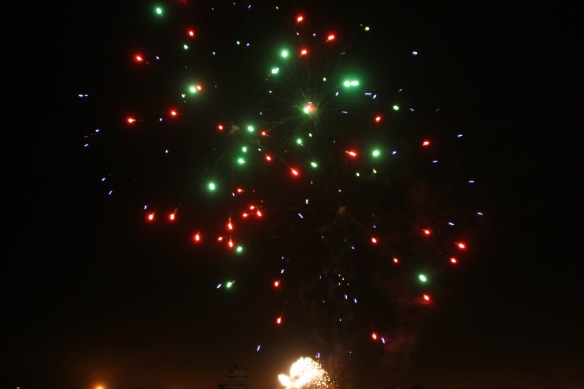 As the music finished and the fireworks faded the large crowd drifted way with some taking the opportunity to sample the fish and chips and the candy floss before heading home.