During the Late Spring Bank Holiday from 25th to 28th May an in international fleet of tall ships were berthed in Liverpool for the Liverpool Tall Ships 2018 event. This forms the start of the Three Festivals Tall Ships Regatta 2018. 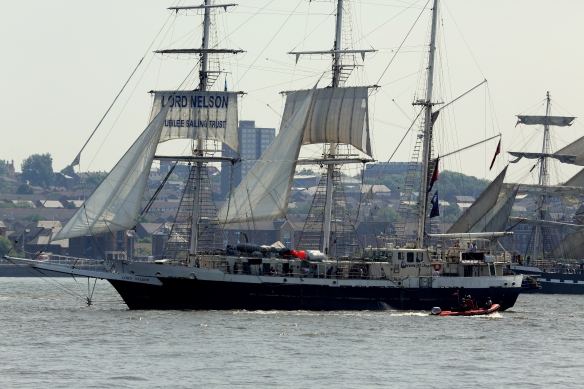 This is so called as the ships visit three ports in three different countries as part of their planned race route. From Liverpool the tall ships race across to Dublin, Ireland before heading south via the Bay of Biscay for the finale of the Three Festivals Regatta in Bordeaux, France.

The event in Liverpool was taking place to celebrate the Liverpool Capital of Culture tenth anniversary. The tall ships event was one of the highlights from the 2008 celebrations. 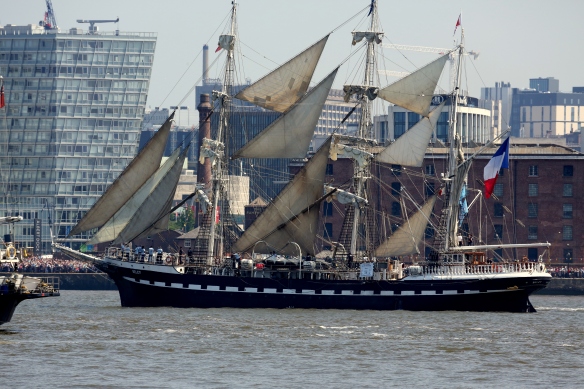 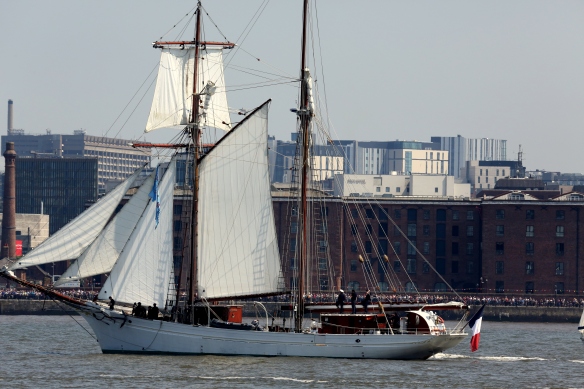 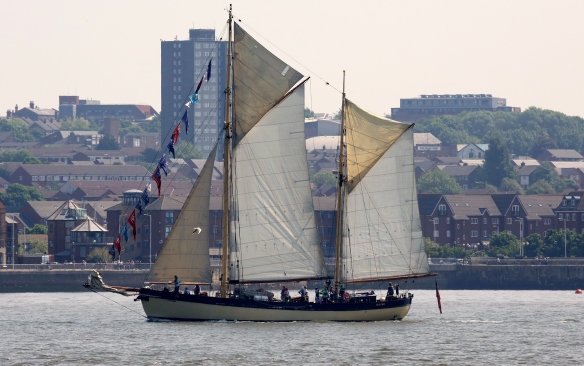 The sailing ships were berthed at the Liverpool Cruise Terminal, Canning Dock, Canning Half Tide Dock and Albert Dock during the festival weekend.

The highlight took place on a sunny and hot Bank Holiday Monday with the parade of sail when the seventeen strong ships escorted by a couple of Mersey tugs and the Royal Navy’s HMS Somerset a Type 23 frigate (F82) sailed down the Mersey and out to sea. There was a flotilla of other smaller craft accompanying the tall ships. 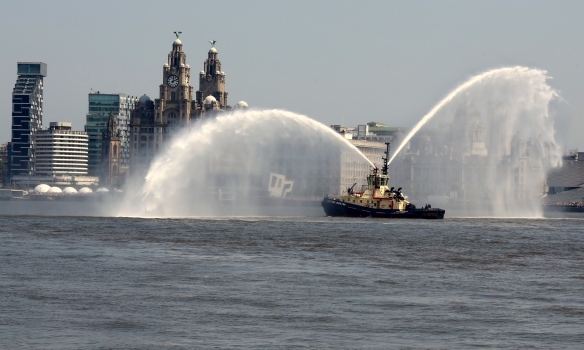 The two Mersey Ferry boats also had special trips up and down the river packed with sight seers.

The event started at 12 noon as the HMS Somerset announced the event by four firings of its canons. 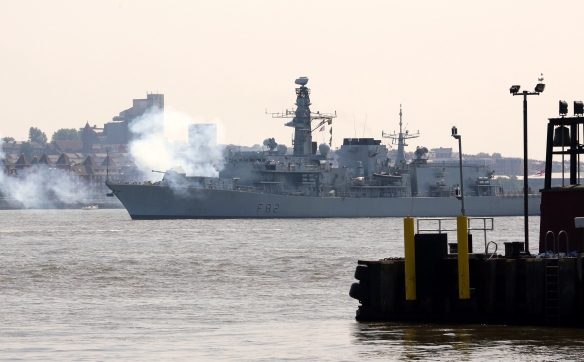 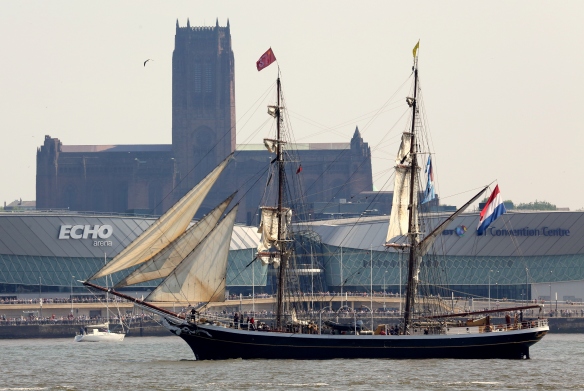 There were massive crowds along the Pierhead and waterfront in Liverpool and at New Brighton on the Wirral side at the mouth to the River Mersey. I decided to go down to Woodside Ferry on the Birkenhead waterfront which was still accessible. I managed to get a few shots of most of the ships heading down the river with the various landmark buildings of Liverpool in the background.

After an hour or so the tall ships had passed by and the crowds dissipated going home after seeing a spectacular display of ships under full sail. Till next time…

The Tall Ships were back in Liverpool this weekend.

The inaugural Irish Sea Tall Ships Regatta saw a fleet of Tall Ships race from Dublin on Sunday 26th August 2012 arriving in Liverpool on Wednesday and Thursday 29th/30th August 2012. The eleven tall ships in the regatta docked in the Albert and Canning Docks in Liverpool until Sunday morning.

There was plenty of activity at the Albert and Canning docksides over the weekend with many of the Tall Ships open to the public accompanied by events including, street theatre, dancing, craft workshops, storytelling, community choirs, shanty groups, and children’s arts and craft activities. 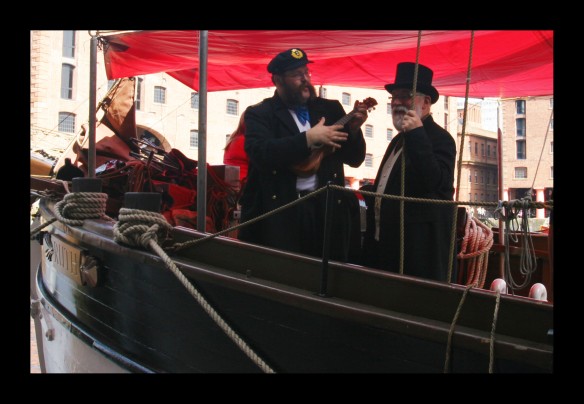 Albert Dock in Liverpool is the largest collection of Grade I listed buildings in the UK and provided a beautiful backdrop for the Tall Ships berthed there with the three graces (the Liver Building, Port of Liverpool building and the Cunard Building) in the background as well as the new Liverpool Museum on the waterfront. 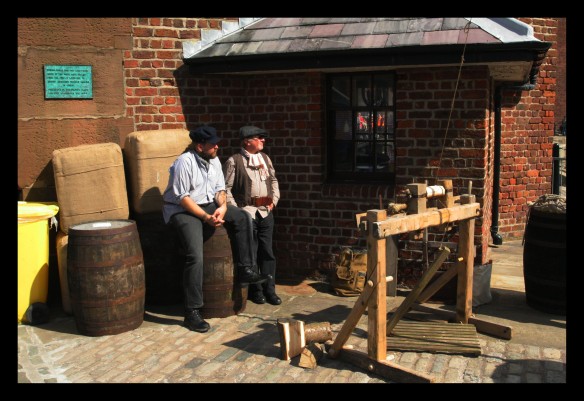 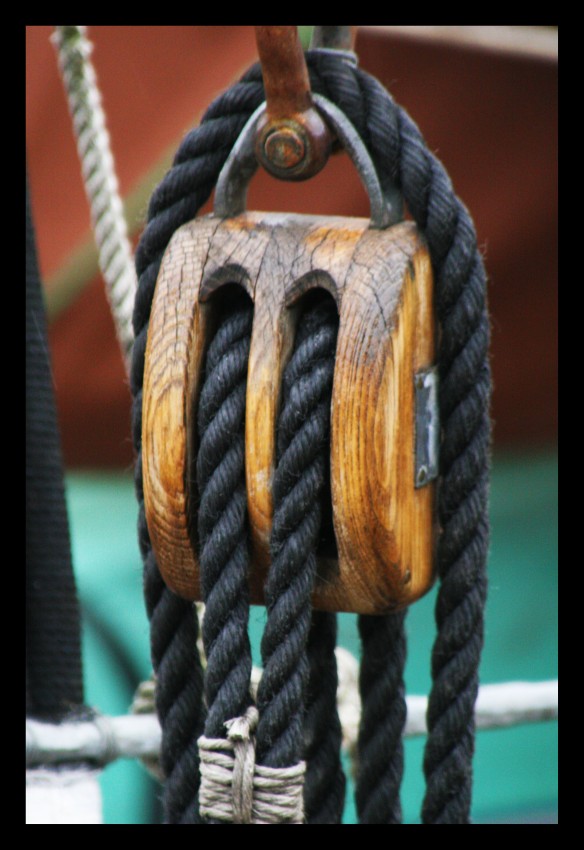 The regatta has been organised by charity ‘Sail Training International’ which teaches young people sailing skills and is one of the world’s leading providers of races, events and other services for the sail training community.  For the Tall Ships race half of the crew must be aged between 15 and 25 and they learn from the experienced crew members.  In the race from Dublin to Liverpool the overall winner was ‘Challenge Wales’ a Bermudian Cutter. 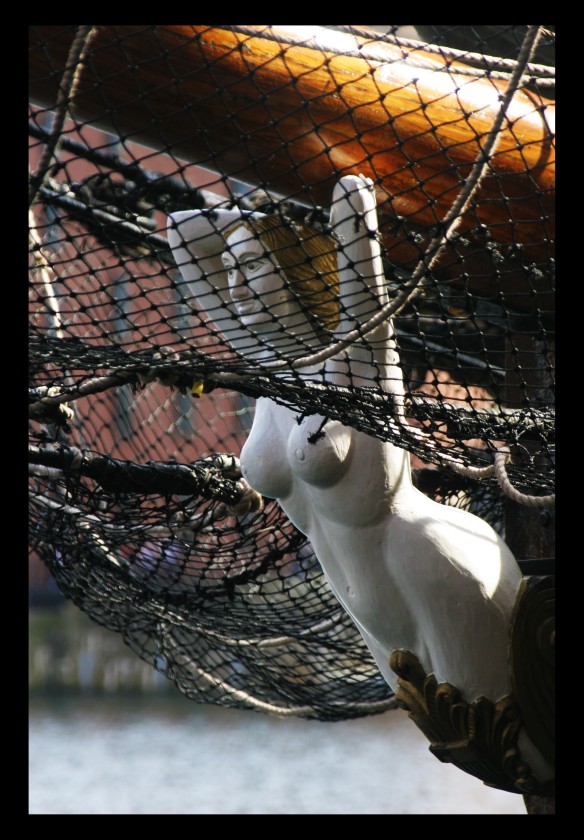 The Dublin to Liverpool race ended this year’s series of tall ships races. The Tall Ships Races 2012 started in St Malo, France in July with the fleet racing across the Bay of Biscay to Lisbon in Portugal, before carrying on to Cádiz in Spain and then onto A Coruna in Northern Spain.

From here the fleet left on 13th of August to head north for the Irish Sea and Dublin.  This was the final port of call for the Tall Ships Races 2012.  The ships docked in Dublin between the 23rd to the 26th of August. 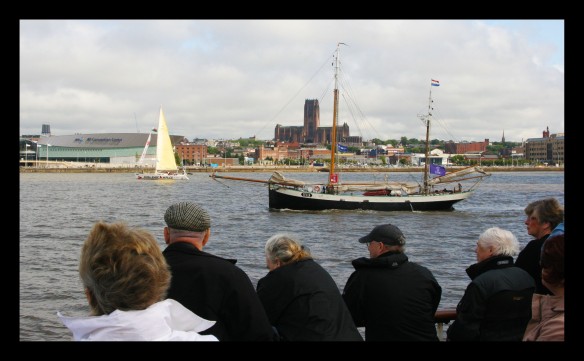 However for this year eleven of the tall ships fleet of 40 sail boats took part in this the first Irish Sea Regatta leaving Dublin to come to Liverpool. 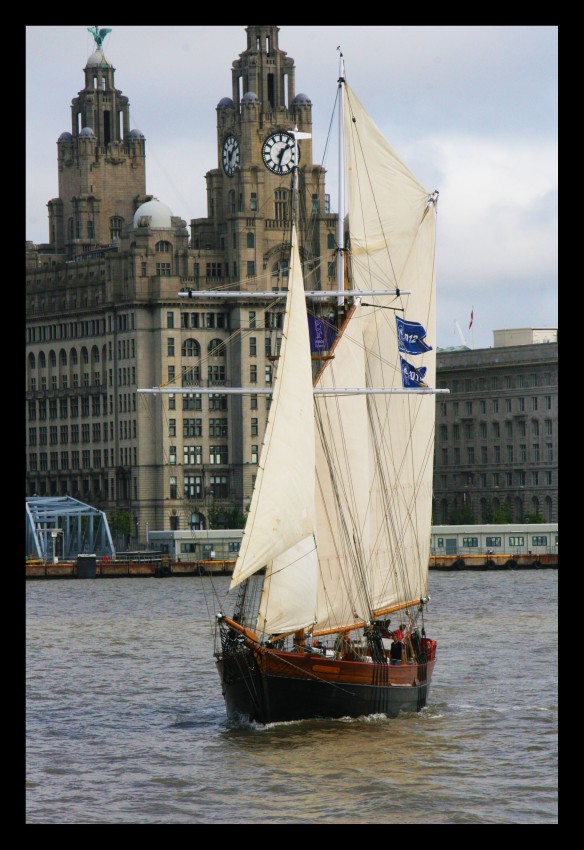 The Regatta fleet prepared to leave on Sunday from 10.30am, the vessels mustered and got into formation as they undertook a Parade of Sail in the river from around 1pm.  The tall ships came out from the Albert Dock which was thronged with spectators.  They went up river and escorted by the veteran tugboat the Brocklebank, which is owned and run by the Merseyside Maritime Museum, they took the tide and came back down the River Mersey passing the Liverpool Pierhead, Wallasey Town Hall and Seacombe Ferry on the Wirral side of the river.  They then went out to sea returning to their home ports across Europe.